with the same executive chef as lula cafe (chef jason hammel), there is no way that nightwood in pilsen could be bad. since lula is one of my fave restaurants in the city, it's surprising that it took me so damn long to head south & eat at nightwood. but i finally did!

here's what nightwood has to say about themselves: "hand in hand with the best farmers & craftspeople of the midwest, we cook with bold simplicity & care." oh! awesome! 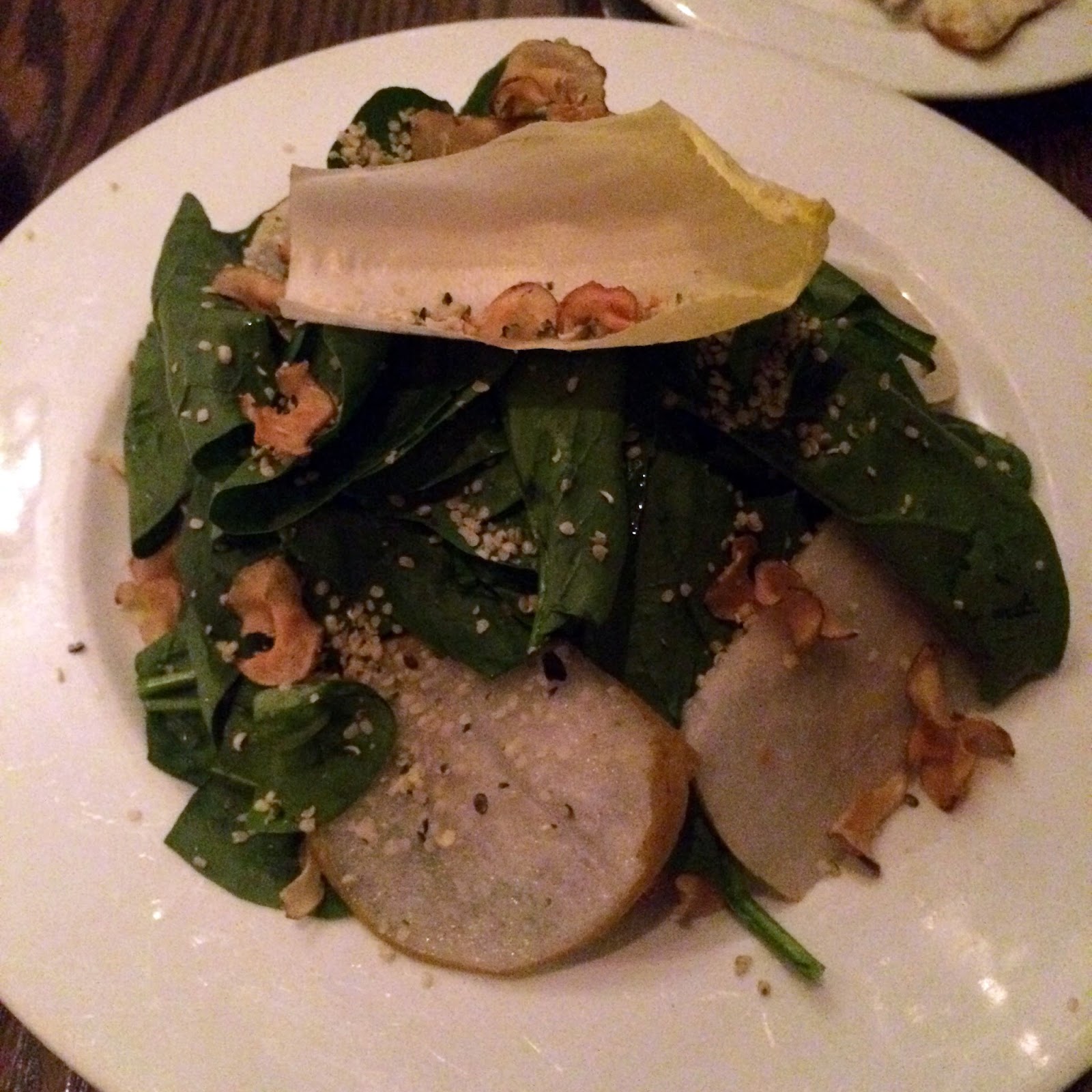 crispy sunchoke, asian pear & vinaigrette.
we actually couldn't get over how great this salad was ... not sure how because it was so incredibly simple, but damn! it was good. the crispy sunchoke chips didn't hurt ... 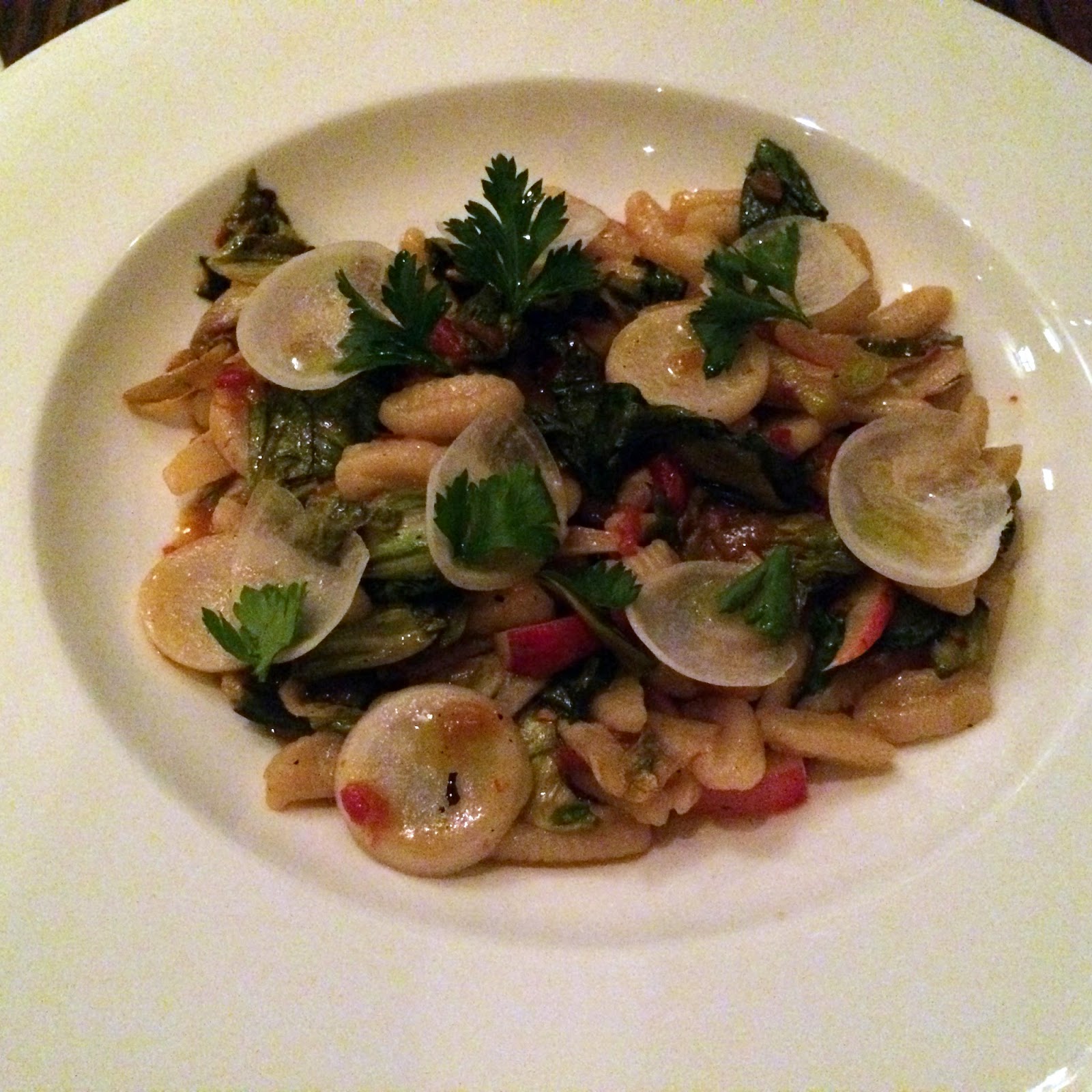 w/ smoked veggies.
i didn't love this ... i didn't hate it, but i didn't love it. it was hella smoky. like, really really really smoky. i was really in the mood for pasta, so i was pumped that they had a homemade vegan version. the pasta was literally perfect. the only issue was that the noodles were kind of shaped like grubs. which weirded me out. 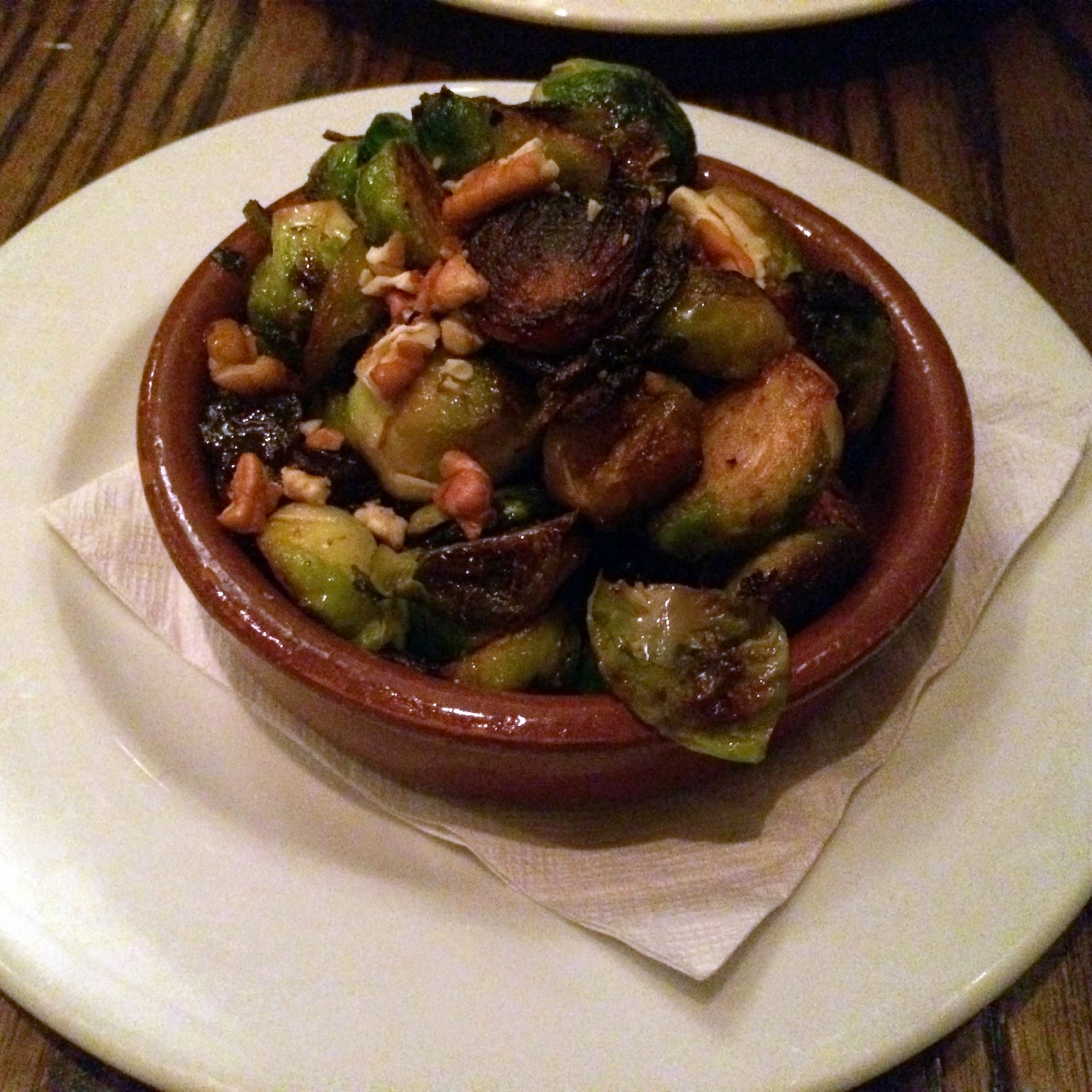 cider vinaigrette & wood roasted pecans.
your basic brussels. when i looked back at the menu, they were supposed to come with prunes, which they didn't. maybe those weren't vegan? 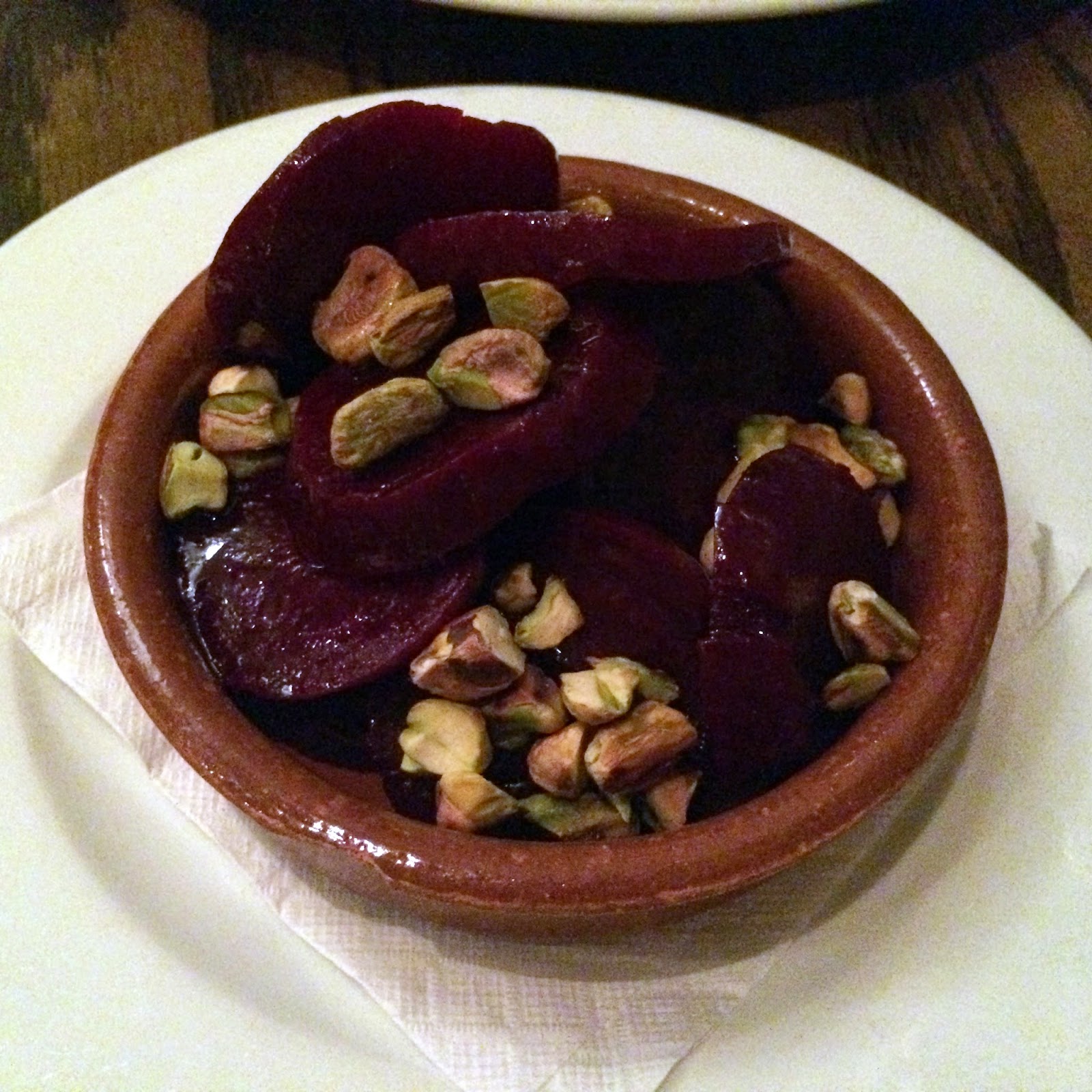 black vinegar & pistachios.
if the brussels were basic ... these were ultra basic. this can happen with the vegan version on occasion. #sads. 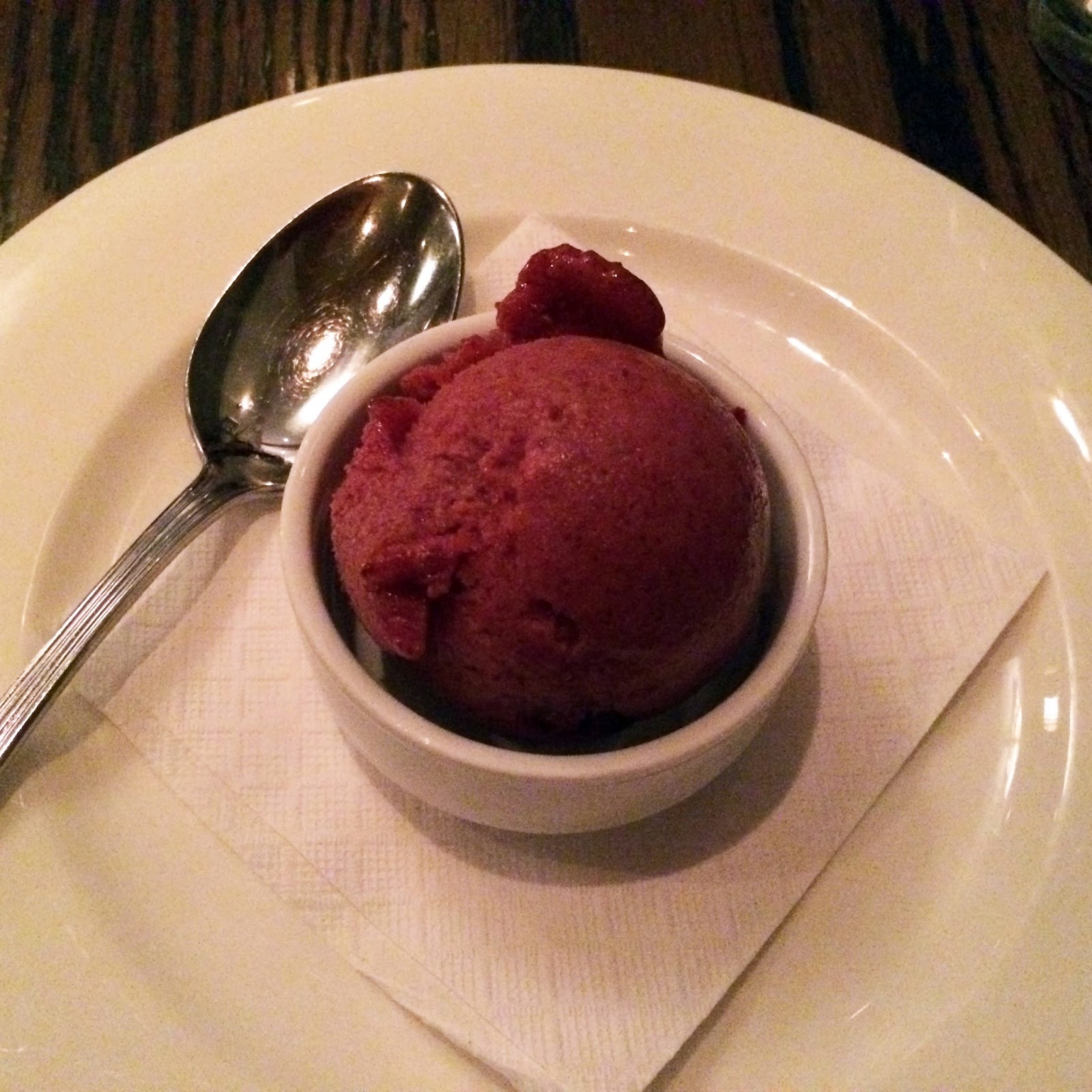 now this i got behind 100% ... super flavorful, perfectly sweet & just the right size. exactly what i wanted to end my meal with!

the team at nightwood were incredibly accommodating to my vegan needs. (i was also with a gluten-free gal pal, which they were also great about.) ... so with an ever changing seasonal menu, i'll be back!