i've been hearing great things about cesar's, a mexican restaurante in lakeview (two spots ... one on broadway, one on clark) for many years ... mostly about their famous "killer margaritas."

so when there was a groupon for cesar's, i jumped at the opportunity to go.

we got there pretty late on friday ... and there was still a 30 minute wait. so we were offered a little deal ... in exchange for sitting upstairs in the cash only section, we would get some free tequila shots. que divertido! 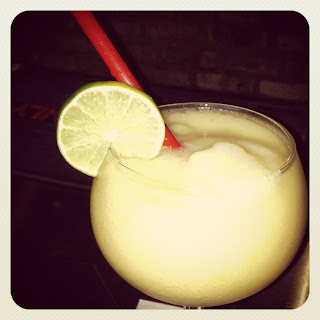 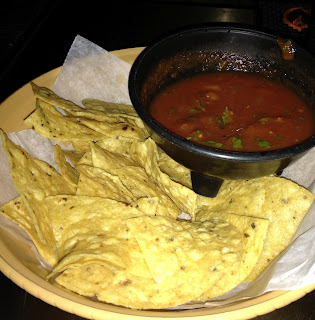 i love chips & salsa. and we ate a lot of it. yum. the first batch we had was super spicy and the second batch was a little more mild. both were awesome. 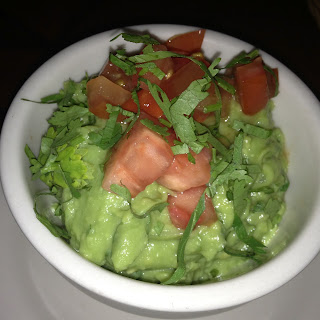 some of the best guacamole i've ever had. seriously. simple & super fresh ... not too much extra stuff to mess up the tastiness of the avocado. 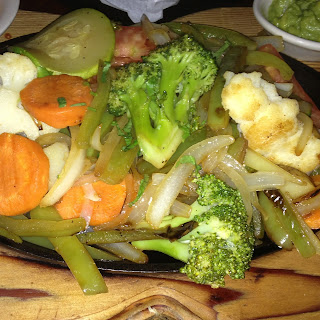 veggies sauteed in a white wine marinade with guacamole, beans & tortillas.
this also came with rice, but that wasn't vegan (cooked in chicken broth). pretty basic fajitas ... but then again, all veggie fajitas are pretty basic. still yum.
to sum up ... cesar's is a great place for some tasty & simple mexican food ... if you're in the hood, it's worth the trip. and it's true, their margaritas really are killer. i paid for it the next day.
labels: alcohol chicago comida lakeview mexican veggies