pick me up cafe.

sometimes my lack of knowledge regarding delicious vegan food in this city blows my mind ... for example, i've driven past, walked past, see pick me up cafe in wrigleyville about 1,000 times. never did i think it was the vegan heaven that it is.

they've got regular people food, too. but that's less important.

pick me up cafe is kind of a space-themed "90s coffee shop" as described by my friend & the most knowledgable chicago vegan there is, tnaya. (hi, tnaya!) 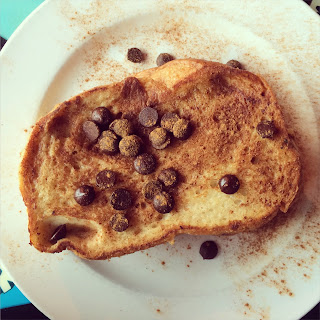 with vegan chocolate chips & marshmallow spread.
i rarely get the special at a restaurant ... & even more rare for me is breakfast for dinner. but when i saw the words "vegan s'mores french toast," i absolutely could not resist. imagine the best version of french toast you can ... that's what this is. 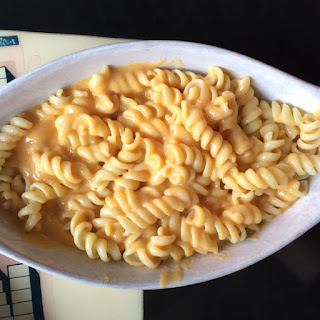 i mean, when in rome. amirite? i mostly got this because i knew i couldn't have an all sweet dinner. plus, i thought a side was going to be a small portion ... not this monster bowl. (not complaining.) i think this is the same mac & cheese that the chicago diner does, but with different noodles. delish.

pick me up is located right in that little triangle at roscoe, clark & sheffield. if you haven't been, i highly recommend you get there stat. it's no joke. also, pray to the vegan gods that the s'mores french toast is still on the specials. you won't be disappointed.