from donuts to cupcakes!

until now, none of that amazingness included anything vegan. but we can thank our lucky stars because i walked in one morning to find this : 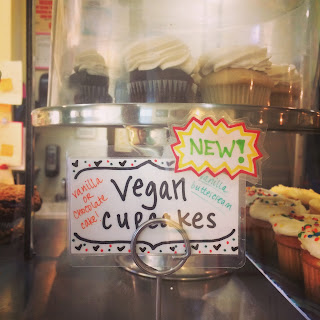 i pretty much fainted on the spot. 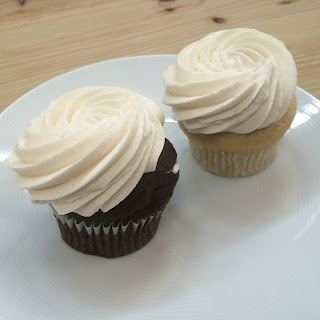 i know these look like basic cupcakes ... they are. but by basic, i mean classic.
are they the best vegan cupcakes i've ever had? no. are they the worst? also no.

the cupcakes are obviously new to their menu ... and i think there are some kinks to work out. but we're off to a good start. they can also make vegan cakes. (but no decorations at this time, since their vegan frosting won't work like that.)

things can only get better for vegans at sweet mandy b's. get excited!