one of my best gal pals (hi carly!) has recently become obsessed with tanoshii, a sushi place in the west loop right on randolph. so after a couple of times hearing about it, i decided it was the perfect place for date night when josh & i were craving sushi.

about : "at tanoshii, the menu is only half the story. steeped in the tradition of omakase, our chefs craft dishes according to your individual tastes ... leave things to us, and you might even discover a few you didn't know you had." omakase! cool!

josh & i both did the omakase menu ... which means i don't exactly remember what i ate. but i'll try. 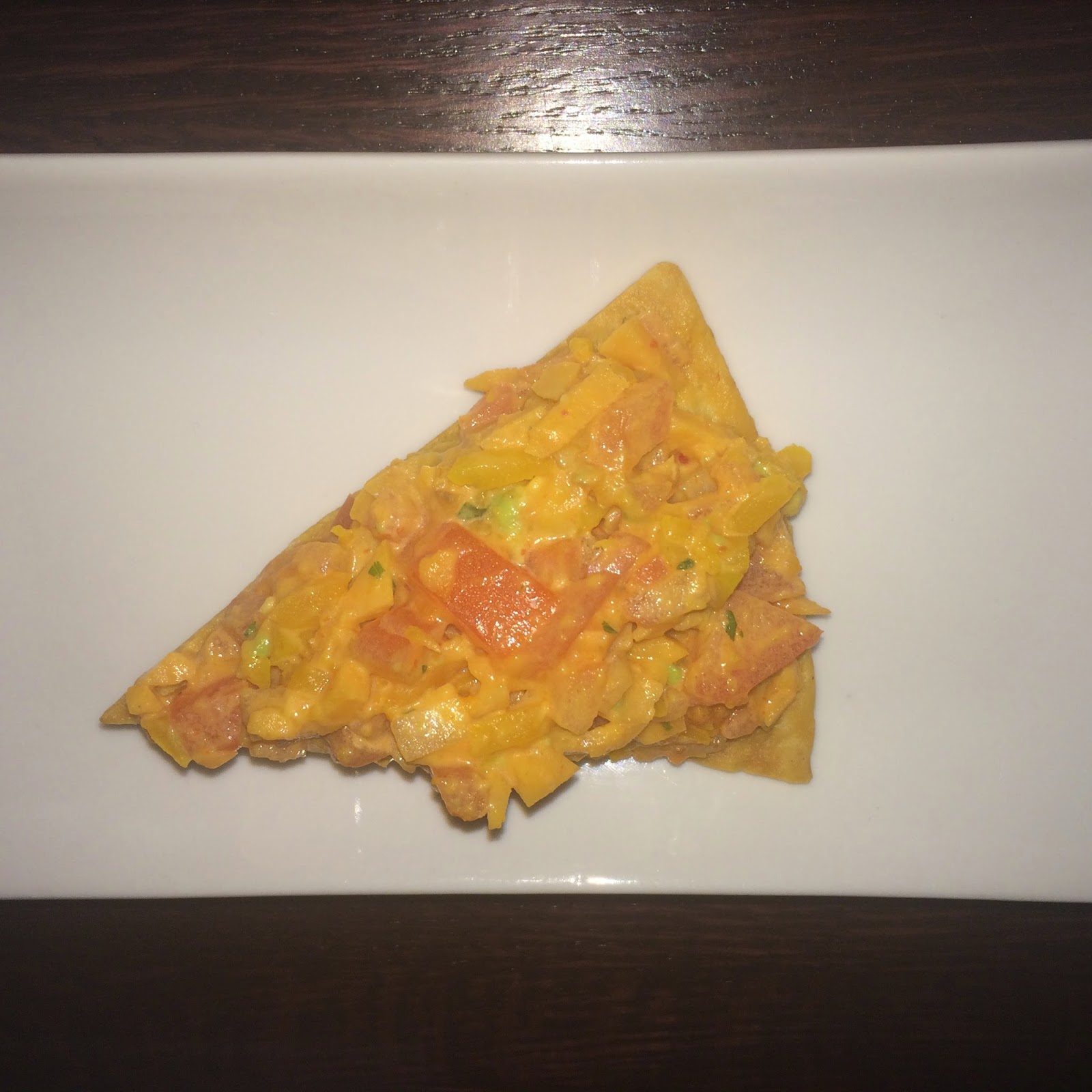 tortilla chip, sweet potato, tomato ...
this was a vegan version of their fish & chip appetizer. you can't tell from this angle, but the chip was absolutely loaded with stuff. really delish. 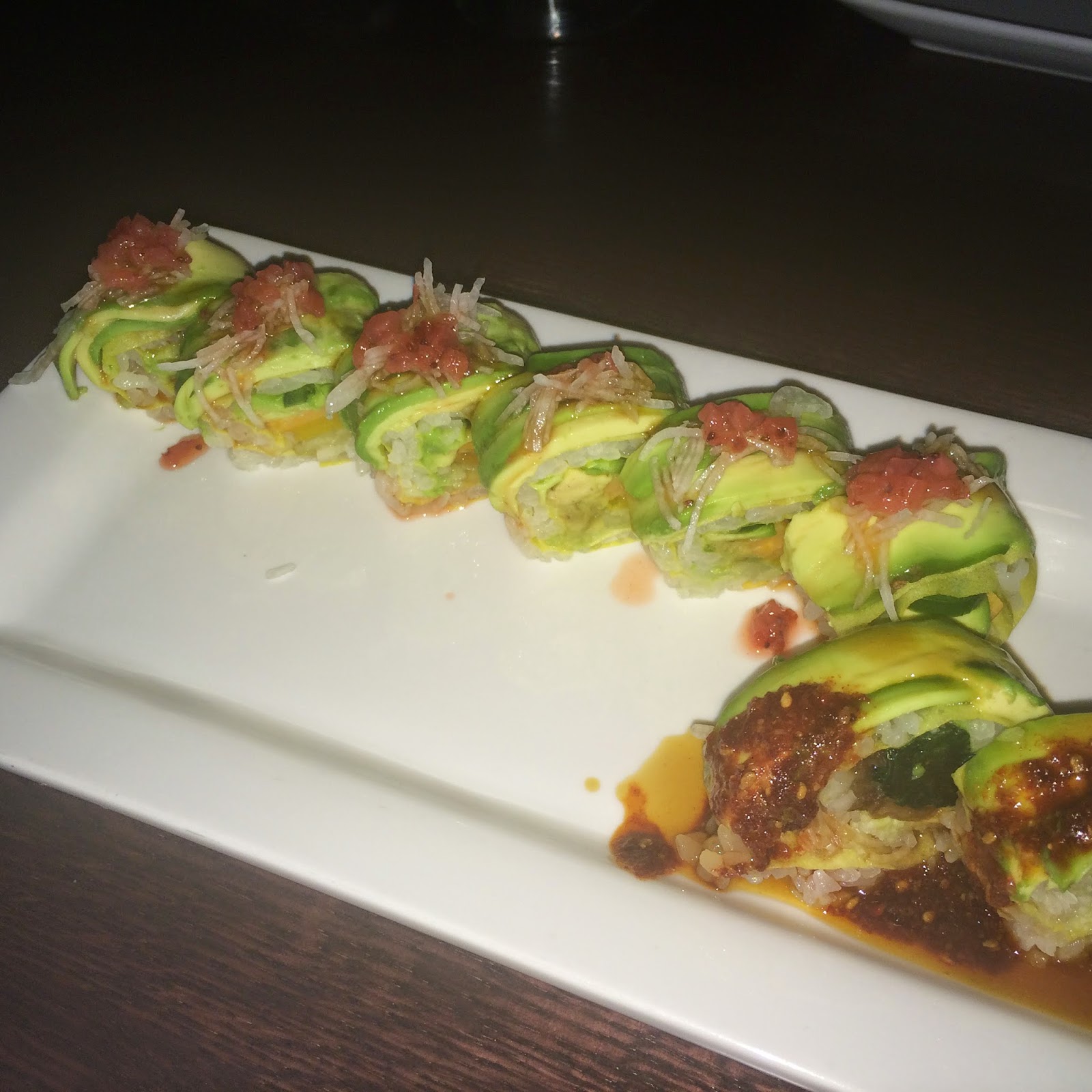 avocado, sweet potato, cucumber, etc.
i was nervous about the strawberry sauce at first, but it turned out to be really good. you only tasted it for a second before enjoying the super freshness of the veggies. 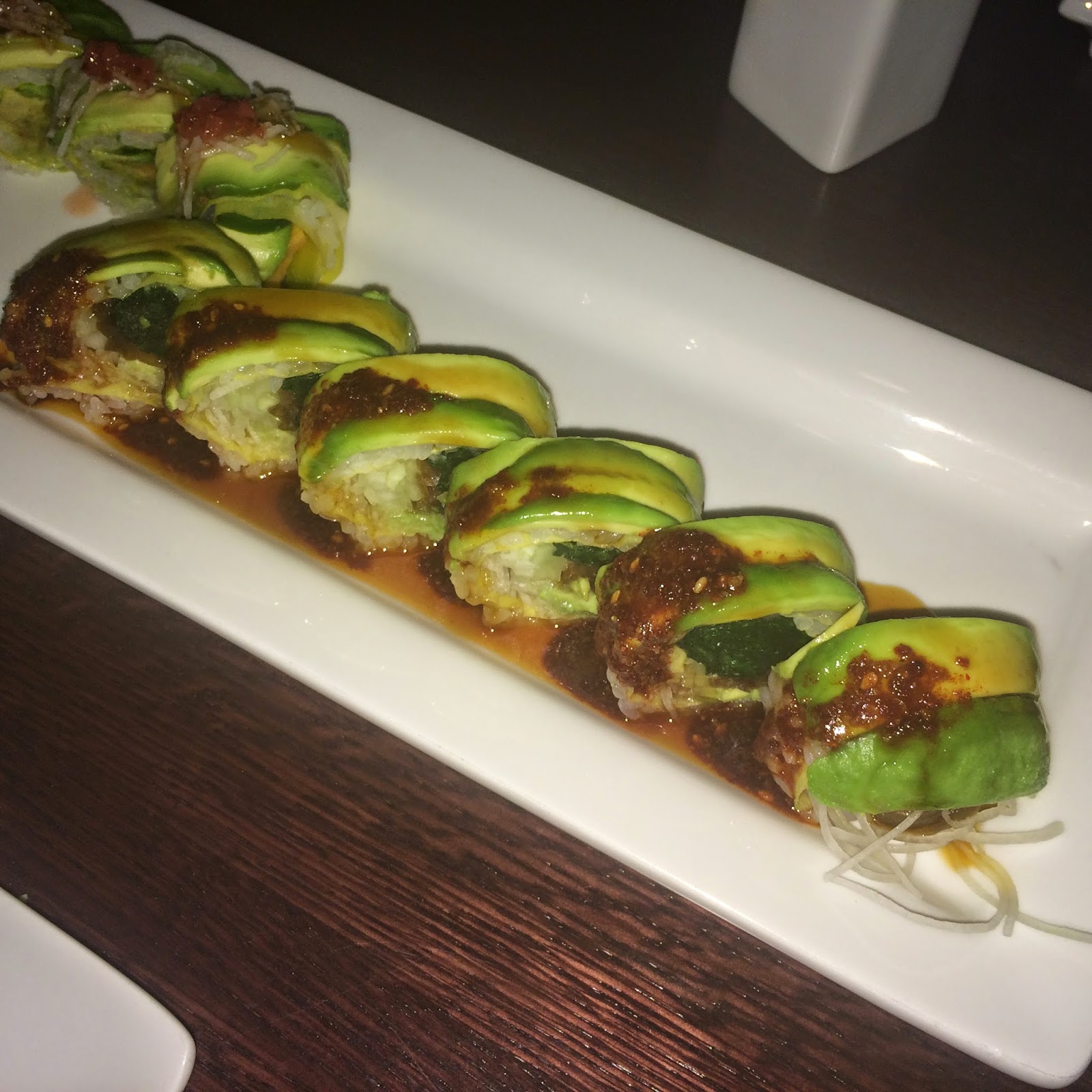 avocado, spinach, lettuce, etc.
this was my favorite of the night. the chili sauce was perfectly spicy & went great with the veggies they put in the roll.

omakase might be my new favoarite thing. i mean, i love trying new food & always like help when deciding what to eat ... so it's pretty perfect for me.

josh was not as into the omakase as i was. while he was super impressed with the fish quality in his sushi pieces, he wasn't that into the rolls they made him.

so when at tanoshii ... if you're a sushi lover + adventurous eater, it might be best to just pick your own items. but if you are vegan ... definitely try the omakase!