tavern at the park.

one fine friday, my company had a half day, so i headed downtown to have lunch with josh. after much discussion, we settled on an old stand by for the financial types in the area : tavern at the park.

for any chicagoan, a restaurant described as "the millennium park dining experience" might not be your cup of iced tea. seems more suited to the plethora of bankers & misc. business-professional clad people you see everywhere (see what i did there with the "suited"??)... or michigan avenue tourists. and it kind of is ...

but that doesn't mean your everyday-vegan-girl-next-door local can't stop in for a bite every once in a while. 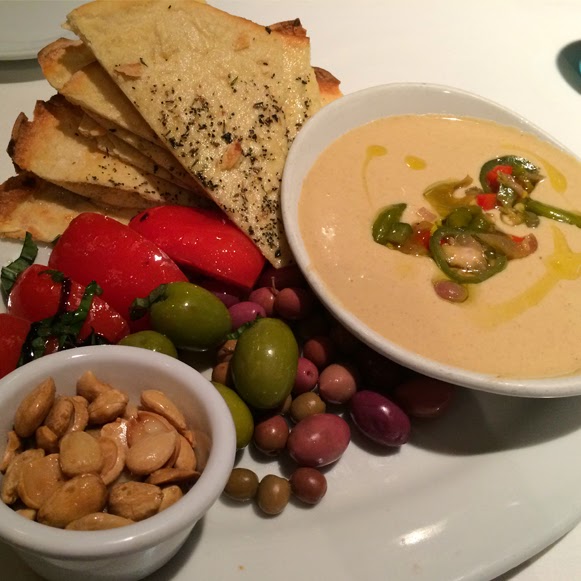 homemade chickpea dip w/ red pepper, spicy house giardinara, assorted olives & pane bianco.
i quite enjoyed the olives & almonds this came with ... the hummus was good, but a little weirdly runny. but let's be honest, it's hummus. it's fine. and the giardiniera provided a nice little kick. 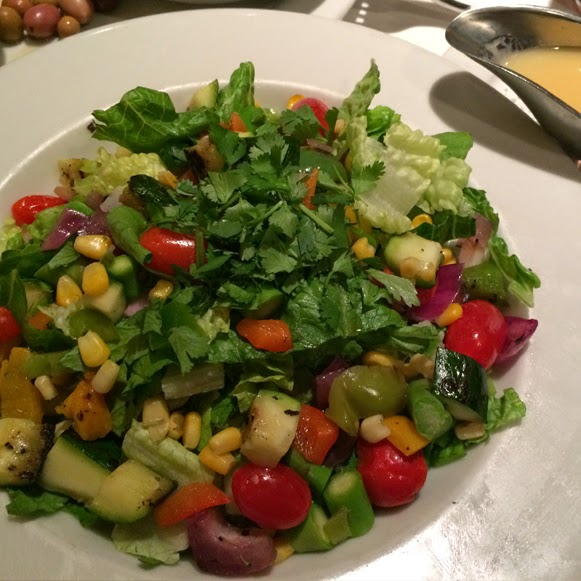 i did this after lunch : 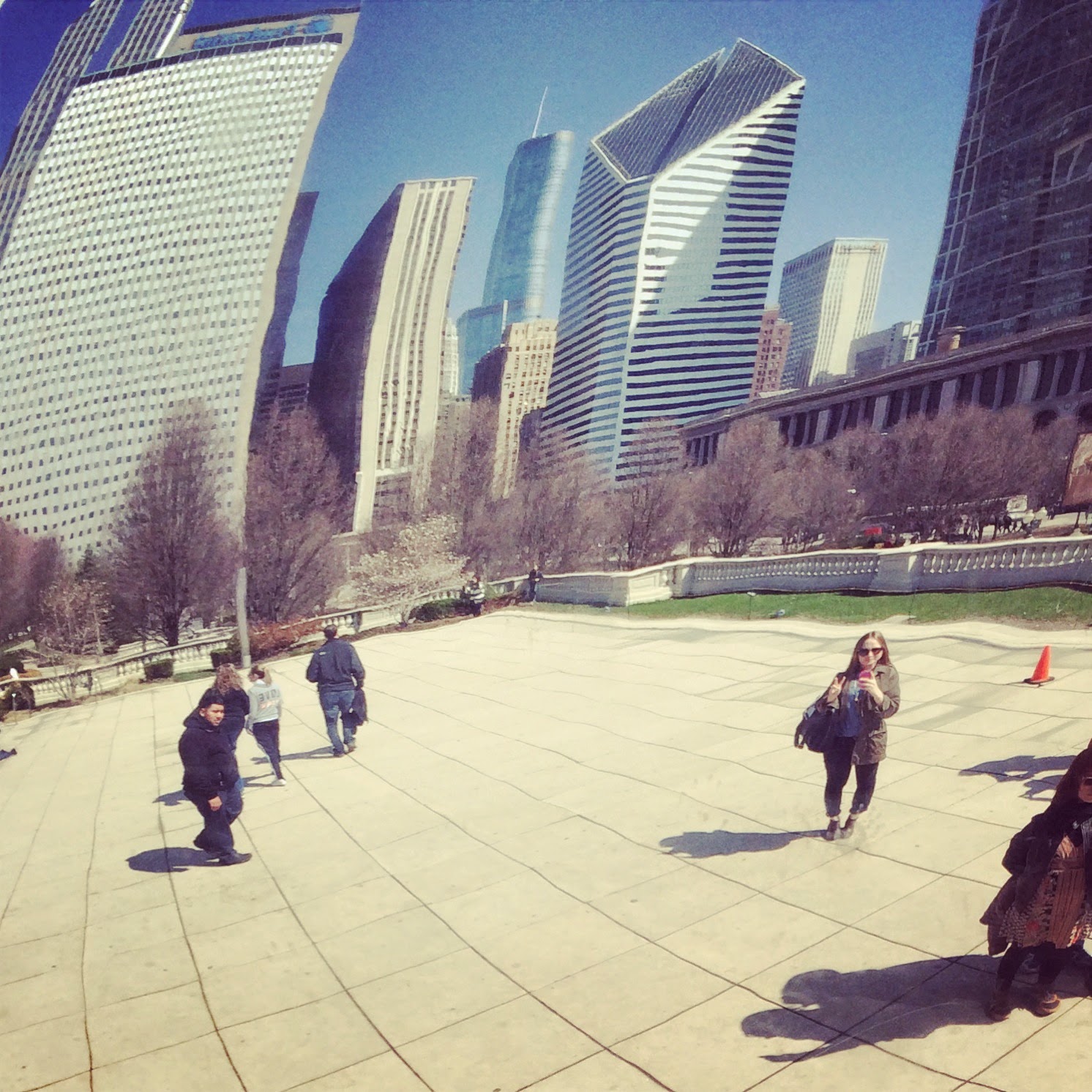 i'm not going to say i'm obsessed with tavern at the park by any means ... but it is definitely a nice place to stop for a light meal.