i've said it before and i'll say it again ... italian food is one of the easier foods to make vegan. pasta + olive oil or tomato sauce and you're pretty much good to go.

however, to make the traditional italian plates vegan ... that's a bit trickier. lucky for us (well, everyone who lives in nyc), there's a fantastic restaurant in the east village that does this : john's of 12th street.

john's has been around for a looong time. but in the recent years, they've created an entire vegan menu out of traditionally delicious italian meals ... and they did a really great job. 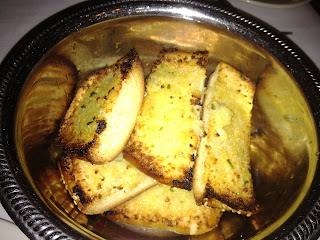 no real difference from non-vegan garlic bread. (vegan butter is amazing.)
a perfect little order to share. our waiter was awesome and i'm pretty sure he gave us more than intended. yum. 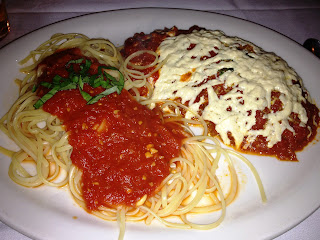 i have not had good eggplant parmesan since i became vegan ... josh & i have attempted to make it at home before ... #fail. john's of 12th street = no fail. this was amazing. i'm always a little weary of vegan cheese. but daiya is great so it was okay. phew. if you are at john's of 12th street ... whether or not you are vegan,  you should order this. so so so so good. 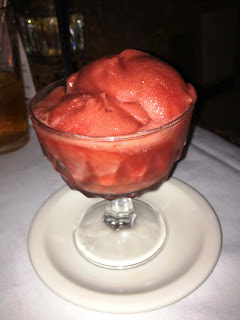 light & refreshing. what more do you ask for out of sorbet? 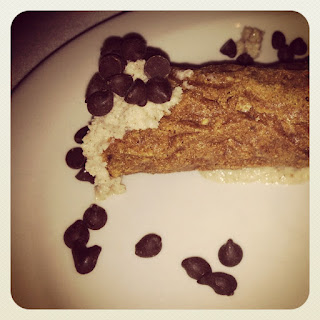 like my fancy instagram pic?
i had high hopes for a vegan cannoli. i feel like i am always around people eating them and i never get to. this was here was good, but not great. buuuut, that didn't stop me from inhaling it, as melissa pointed out.

to sum up -- john's of 12th street is insanely good. it's definitely on the "must eat" list forevermore when in new york city. you should put it on your list, too.
labels: chocolate dessert italian new york travel