a few weeks ago, this vegan somehow found herself at a steakhouse ... chicago cut steakhouse, to be exact.

i know it's weird, but steakhouses are typically very accommodating to vegans. with their plentiful sides, it's usually pretty easy to put together a nice & filling veggie plate. but, chicago cut is not your typical steakhouse.

exhibit a : "chicago cut is dedicated to putting culinary flare back into chicago's upscale restaurant scene. that requires a unique menu, an unmatched wine list & a modern twist on the traditional steakhouse setting." i'd agree with the modern twist. you'll see why. 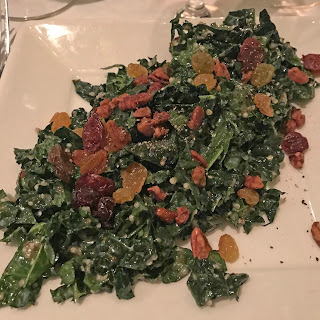 take off the cheese & you've got a delicious, ready to inhale salad. could have used more quinoa, but it was really delicious. 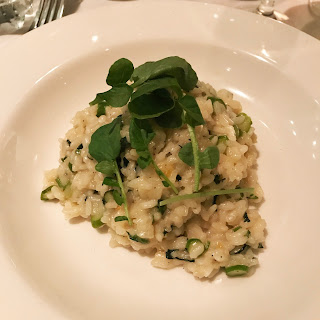 no mushrooms, obvi.
okay, i know what you are thinking. "wow, vegan risotto at a steakhouse?" i could barely believe it myself. but let me tell you, it was already sitting there on the menu!! 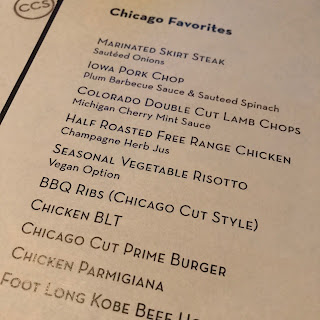 KEYWORDS UNDERNEATH : VEGAN OPTION!!
right?! oh & let me tell you. it was awesome. the portion also kind of looks small in the photo above, but it wasn't. i was super full & my belly was so happy. 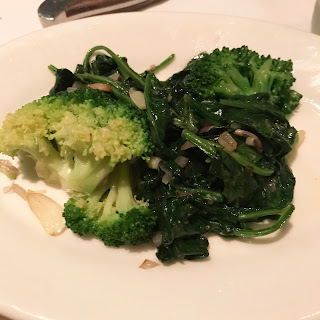 i was really in the mood for some sautéed spinach when i saw it on the menu & this hit the spot. the broccoli was broccoli.

so, what do you think? modern twist = ACTUAL vegan food for actual vegans. at a steakhouse. would i tell you to go out of your way to head over here? no. but if you're with a group of omnivores who aren't into a seitan slab, you'll be safe here.