gang, this was a tough one. for three reasons.

it all started after our amazing dinner at abcv. per usual, i wanted dessert. we were equidistant (about) from babycakes & sweets by chloe. since we had already gone to babycakes years ago, we decided to try sweets by chloe.

enter reason #1. it was closed. no sign. no reason given. no one there. just closed. (we found out the next day there was a production during the day so it was shut down. but still.) so this put me in a bad mood. especially because we wandered around various neighborhoods looking for a vegan cupcake & everywhere was sold out. WHATEVER.

anyway, reason #2. recently-ish, the chloe of by chloe split with the restaurant. i won't get into all the details (read more here), but i'm obviously siding with the vegan vs. the man in this situation.

okay, so there's that. we went back the next day, because sugar cravings. here's what we had ... 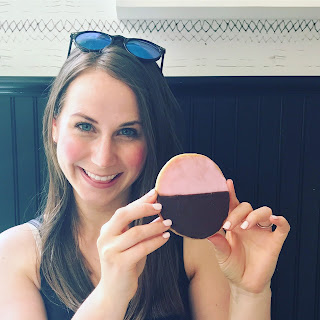 look to the cookie!
the cookie was the bomb. i inhaled it while we were still in the shop. a little crumbly, so delicious. but brought the cupcakes home for a post-nap snack / before-dinner treat for later. 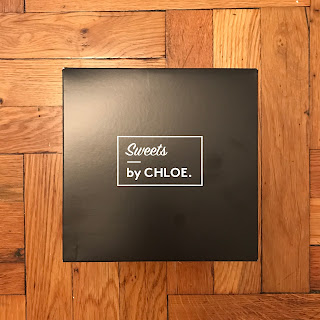 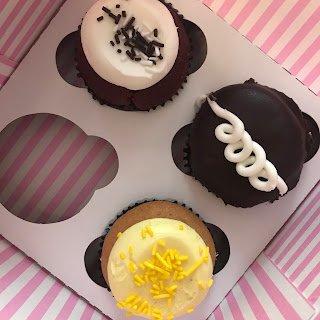 red velvet rosé, chlostess & vanilla w/ vanilla.
okay. it physically pains me to say this ... but here's reason #3. the red velvet rosé & vanilla were the worst vegan cupcakes i've ever had. thank dog for the chlostess (which was awesome), because that saved the whole experience for me. in my head, they have changed the recipe since chloe parted ways, because i don't see how she could have won cupcake wars with either of these.

i can't speak to the regular by chloe, but i wasn't so impressed with sweets. i did love the cookie & the chlostess ... but i'd take sprinkles over the other two any day.