a few weeks ago, we had a brunch date scheduled with josh's fam ... the chosen restaurant? ann sather.

ann sather offers "swedish cuisine & catering." i know what you're thinking ... what's swedish cuisine? unfortunately, i cannot answer this for you because i didn't really have any. but then again, neither did anyone else i was with. it was all boring omelets for the rest of our group.

in terms of vegan items ... ann sather is what i would call extremely limited. 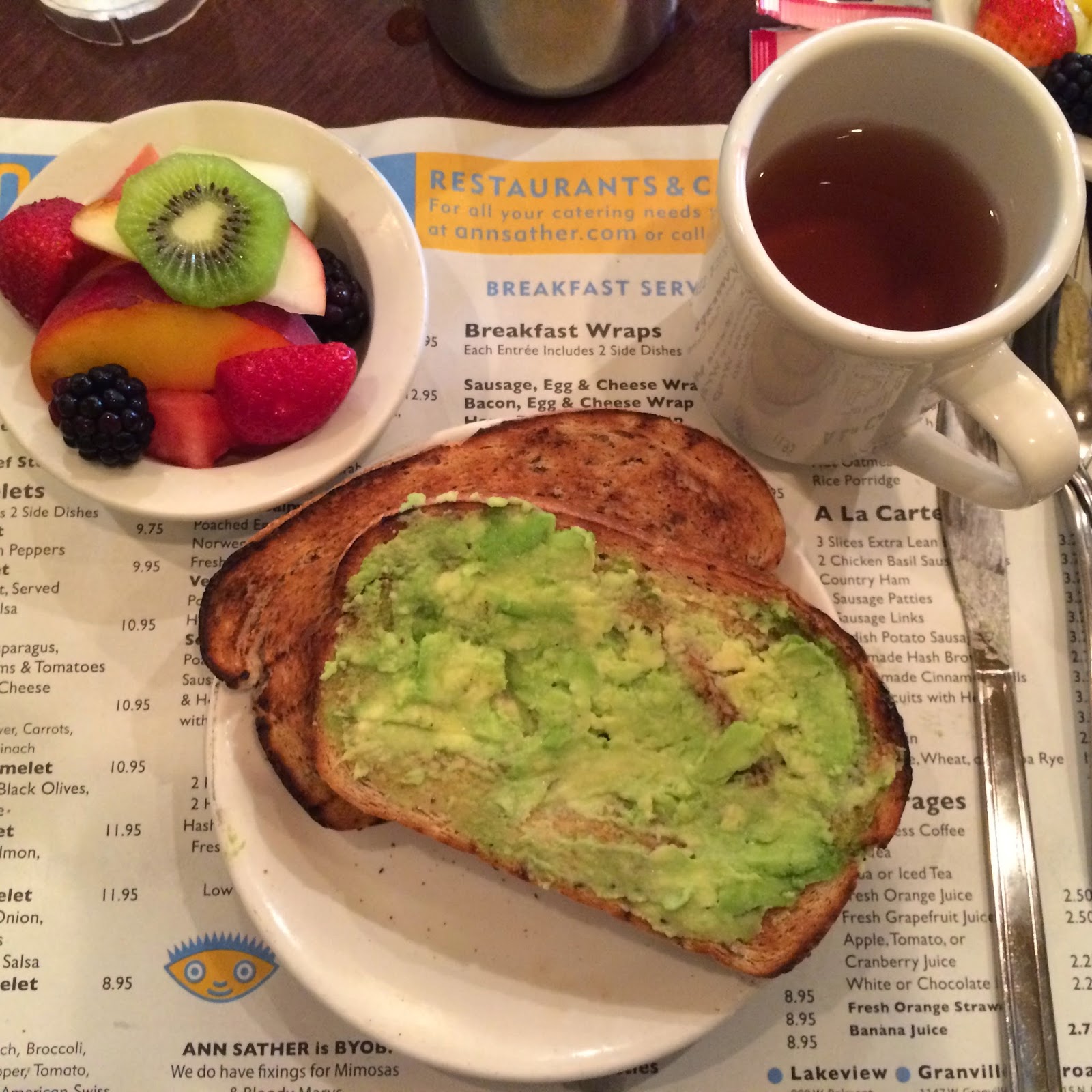 ok, disclaimer. i realize now that i did not actually ask if the rye bread was vegan. i made an assumption. so if you hate me now, stop reading. the rest of you ... the fruit cup was fresh & had a nice variety, the avocado was perfectly ripe & the toast was exactly as you would expect dry rye toast to taste.

honestly, i really wish ann sather had one legit vegan option on the menu. would a tofu scramble be asking for that much?

with three locations in the city & such an infamous reputation, you're bound to end up there with a non-vegan group at some point ... let me know if they add anything for us ... otherwise, suffer with your fruit & dry toast. wah!