listen. i don't want chef stephanie izard to think i'm obsessed with her or anything ...

but at this point, i've been to both little goat diner and girl & the goat too many times to count (trip 1, trip 2, trip 3 & several more not posted about) ... and even went to a special event at macy's with my mom & then 15 week old baby to see her cook ... so apparently, my girl crush is well established.

anyway ... it's still impossible to get a reservation at girl & the goat ... so even before the chi city vegan baby was born (a slight exaggeration, perhaps), my girlfriends & i had reservation set for earlier this year.

with a newly seasonal vegan menu ... i was pretty pumped. i had some old favorites (hello, my favorite shishito peppers & cauliflower dish) & tried two new items. 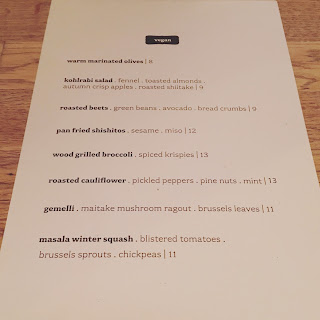 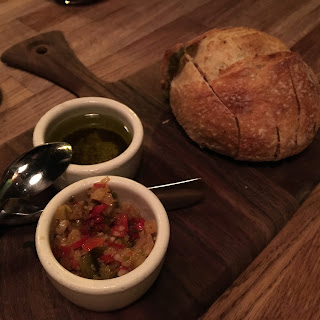 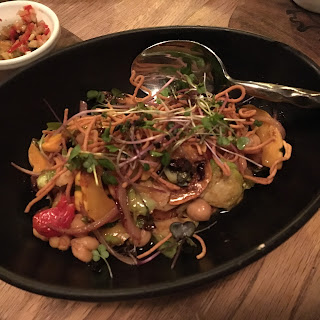 blistered tomatoes, brussels sprouts & chickpeas.
per usual when we eat at girl & the goat ... by time our final round of dishes came around, we were all stuffed. so i may have only had a couple bites of this one. but i promise, it was delicious.

girl & the goat continues to be amazing ... we've got another reservation coming up in april & will be bringing le bebe. (don't worry, i saw other babes there the last time we were in ... eep.) already drooling for the shishitos!