let me start by saying that i loooove chinese food. so when i heard about a vegan/vegetarian-centric asian restaurant, i knew i had to try it immediately. so one night, josh & i ordered in from yummy yummy asian cuisine, located right in lakeview over on broadway.

to put it simply, yummy yummy defines itself as : "home of the smoothie & vegetarian health food." alright, sounds good. and per the recommendation of my vegan co-worker, tnaya, i went with the items below. 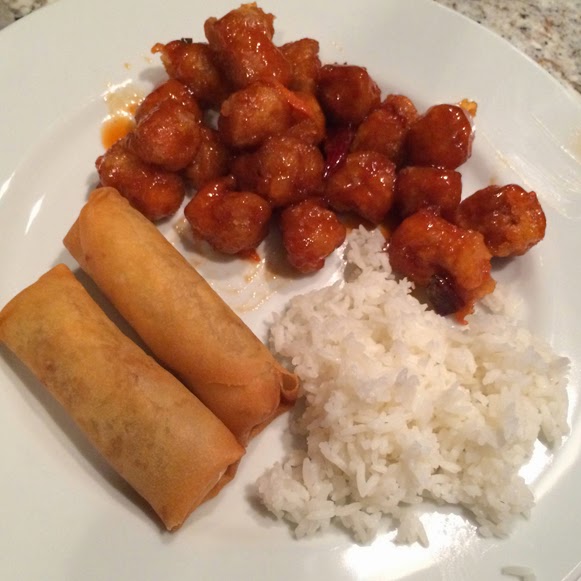 with a vegan egg roll & white rice.
egg rolls are my fave. but there isn't all that much variation between them. as long as they are hot & crispy, i'm in. the general tao's soy gluten i was less sold on, but that's just because it's a sweet & spicy dish ... and sweet isn't my fave when it comes to chinese food. so that was really my bad. i will say though that the texture soy gluten was quite quite good.


having access to vegan chinese food is going to be a game changer for me. i'm looking forward to trying many more dishes in the near future!