my time in madrid was basically an epic fail in terms of vegan dining documentation. i'm sorry!!

for some reason, this trip took me much longer to get adjusted to the right time zone ... and i just wasn't in the mood to photograph every meal i had. again, i'm sorry!!

but i can offer up a couple of suggestions -- just without food photos. i will, however, include some non-food photos, so that this isn't the most boring post ever. 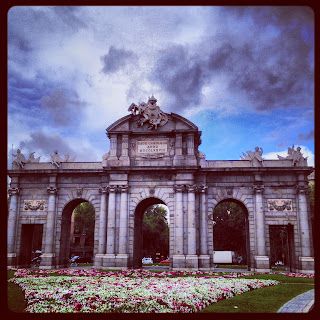 in general ... spain is known to have some great sushi. the best outside of japan, actually. obviously, this means you can get some delicious veggie sushi, too ... ya know, the usual suspects : aguacate, pepino, zanahoria, etc.

there are also a ton of random turkish places around ... where you can get falafel, hummus, pitas w/ veggies, yada yada. 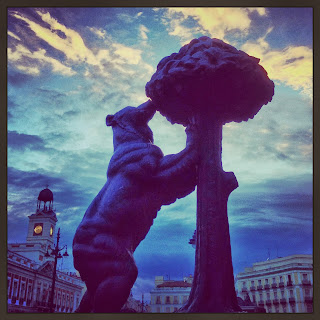 100 montaditos
lots & lots of little sandwiches. many veggie options. i got a few with no cheese and it was great. not 100% sure of the breads, but i believe the chapata & cereales are vegan. nice for something quick & easy. and they are all over the place.


me at my old apartment : 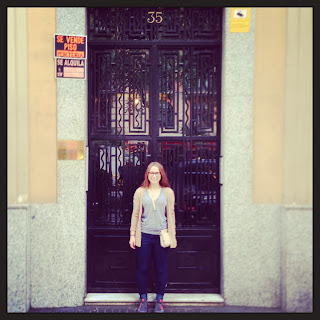 instead of the turkish place that used to be next door (favoriteee), there's now a 100 montaditos.

la tagliatella
when we went here, i didn't realize it was a chain/franchise. but it is. they even have some locations in the us. they have many homemade pastas (likely not vegan) and some that are dry (likely vegan) ... plus, plenty of olive oil, tomato & veggie based sauces. i had a sicilian sauce (tomatoes, olives, eggplant, zucchini & onions) on spaghetti. 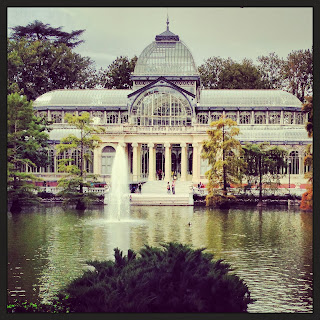 however, one of my favorite things to do in madrid is have a picnic in retiro park. this means going to the grocery (i prefer carrefour for all my food needs while in spain & france), grabbing a baguette, hummus, olive oil, tomato spread, olives & whatever other vegan items your heart desires ... and heading to a quiet, shady spot in this huge park. 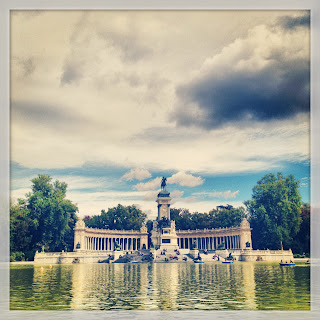 there are a couple of vegan restaurants in madrid that would certainly be work checking out ... one is called oveja negra taberna vegana. josh & i planned to go there, but ended up elsewhere. i'd recommend doing lunch here, just because i'm not totally familiar with the neighborhood.