chicago : a city known for its cheesy, meaty pizza ...

one classic chi-town pizzeria is giordano's. since there are several locations throughout chicago & the burbs, it may sound strange that i've never actually tried giordano's ... but that changed when it was time for my sister-in-law's birthday party (hi, katie!) ... 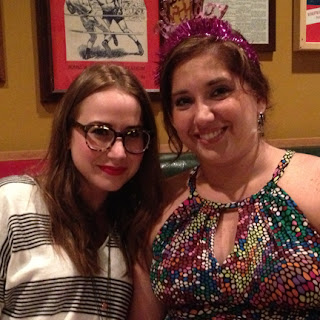 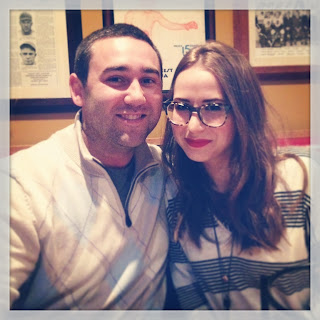 me & the hubbie. just for funsies.

anyway ... a bit about giordano's : "its creation began in a small northern italian town near torino. mama giordano was famous around town for her exquisite cooking ... years later, original owners and italian immigrants efren & joseph boglio moved to chicago to start their own pizza business. discouraged by the lack of authentic pizza available in the city, the brothers introduced their mama’s recipe." ... and the rest is history. 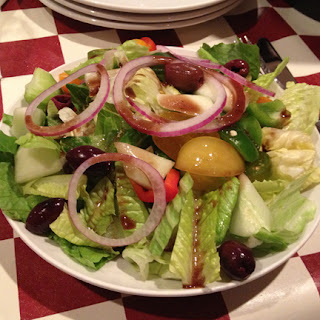 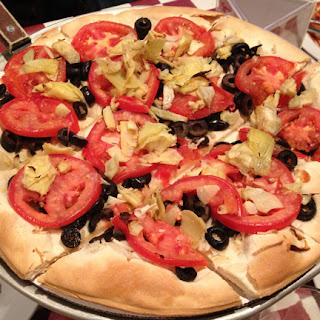 fresh tomatoes, fresh garlic, olives & artichokes.
i was shocked (shocked, i say!) to learn that the pizza crust at giordano's is vegan. and i asked like three different employees. the sauce, however, is not. but that's okay. you can basically build your own awesome veggie flatbread! which is exactly what i did ... the final product? delicious.

i may have stayed away from giordano's in the past for fear of lack of vegan options. but our trip to the burbs for the b-day left me pleasantly surprised. so when your non-veg pals want to indulge in some crazy chicago deep dish, offer up giordano's. you'll be happy you did.