in my opinion (obviously, it's my blog), la golondrina is a cabo san lucas staple.

both of my trips to cabo were around new years eve ... and both of those nye dinners were spent at la golondrina, "cabo's premier restaurant" where you can "dine under the stars." lovely. 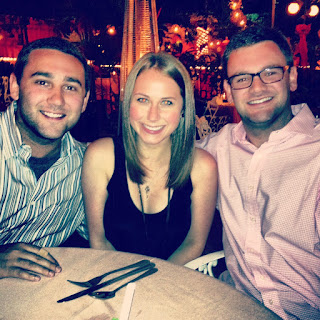 
the owners of la golondrina are very smart ... 1. their entire menu is written on a big board, which you walk up to and decide what you'd like ... 2. they have english-speaking staff standing around the board, available to answer questions. genius. my conversation started off something like this ... "hi! i'm vegan. what can i eat?" 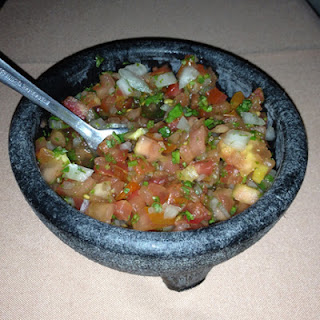 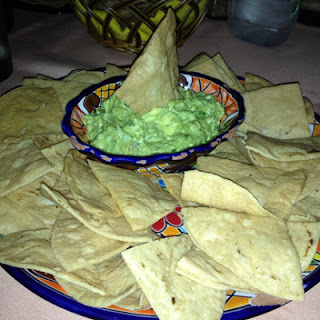 i may have forgotten to ask if the chips are vegan. but they weren't greasy at all, which using all sorts of logic, leads me to believe they are.
super tasty guacamole. i'd expect nothing less though. everywhere we went had the best guacamole. 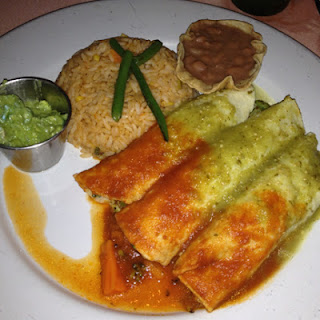 no cheese. no sour cream.
my english speaking friend confirmed that both the rice & beans were vegan friendly, somewhat of a rarity. so that was exciting. these vegetable enchiladas? top.notch. i was quite pleased to have such an authentic-feeling mexican dinner. yum.

my favorite part about la golondrina is the "dine under the stars" aspect. it's just fun to sit outside, surrounded by little trees decked out in christmas lights. they've even got little ponchos sitting on the backs of the chairs in case it gets chilly (which it did).