ughhh, guys. i had such high hopes & yet have so many problems with this one. here it goes.

our brother & sister-in-law got us a gift card to the kennison back around the holidays. we'll take any chance we can get for a date night nowadays, so we were pretty thrilled.

plus the chef once worked at green zebra & the menu appears to be quite veg-forward. so again, super excited.

the kennison about section on the website doesn't really give any info about the restaurant. just the background on the name ... snooze. but their facebook page calls it an "american restaurant." that certainly narrows things down.

apologies for the lighting. it was dark in there. here's what i had ... 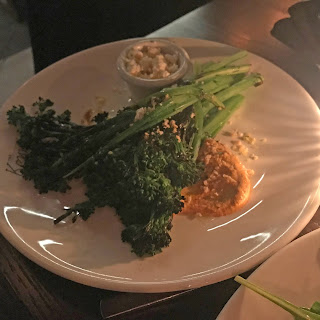 piquillo pepper & eggplant spread.
starting off ... this was inedible. sooo char-flavored from the grill. just no bueno. 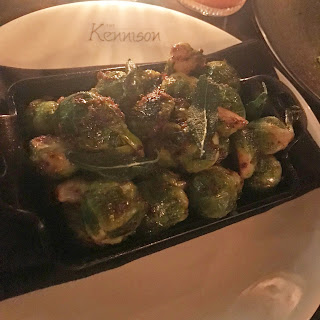 maple & sage.
these were okay. josh liked them more than i did. 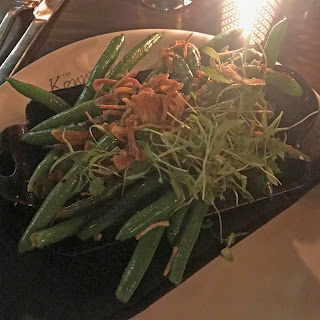 sesame vinaigrette & shallots.
the gbs were my favorite item. but really, they were just green beans. 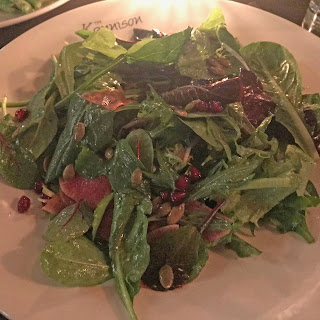 greens, pepitas, radish, pomegranate seeds.
if you're wondering if this salad tasted as meh as it looks ... wonder no more.

anyway ... the build up to our meal is where the excitement ended. maybe it's because we happened to go during restaurant week, but even the regular menu was not very veganizable ... & it didn't seem like the staff cared much. i was really surprised given the info i knew about the kennison already. i will say, i am willing to give them a minor pass since it was restaurant week & i know how crazy that can be.

so that's that. anyone else go & have a different experience? let me know!