guys, this is a good one. we in chicago love stephanie izard. (if you don't, get a life.) i mean, girl & the goat is literally beyond amazing. little goat diner has a separate vegan menu with actual delicious options ... could we ask for anything more from this awesome lady?!

well, then she goes & outdoes herself with duck duck goat, her newest spot in the west loop offering "reasonably authentic chinese food." i literally just looked this up & loled. reminds me of how carlsberg is "probably the best beer in the world." rotfl. lmao. ok, i digress.

anyway, instead of our usual girls only vegan date night, vegan bestie tnaya & i decided to make it a group outing. i mean, it's best to share at places like this, so... we opted for a vegetarian & 3 normals. all of whom we conned into eating 90% vegan for the night. so we literally tried every. single. option. on the vegan menu. dat's a lotta food.

there's a separate vegan/vegetarian menu here, because, again, chef izard is damn awesome. but full disclosure, i don't remember what everything was & i can't find the veg menu online. so here's what i think we had ... oh, also. it was a lot & literally all delicious. so just enjoy the pics rather than read my "yum" commentary after each pic. 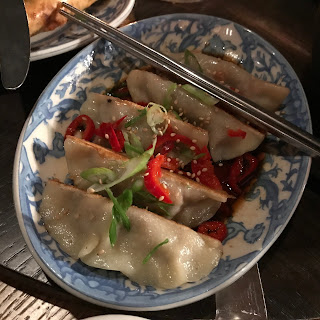 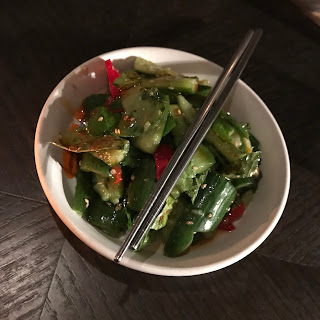 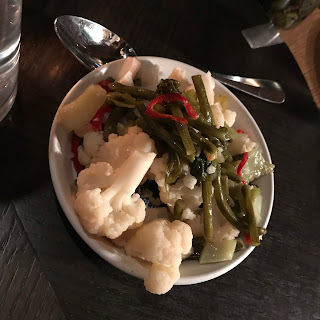 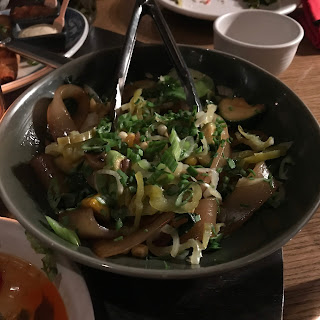 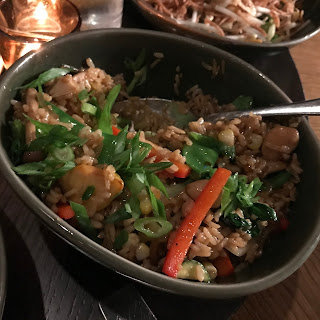 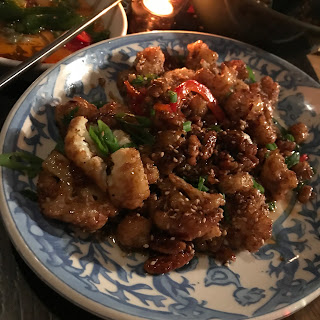 need to comment on this one because it was legitimately just so good. maybe i do like cauliflower?! 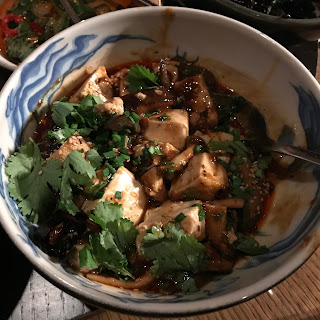 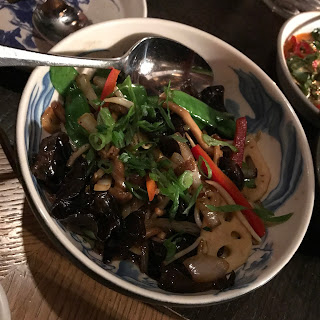 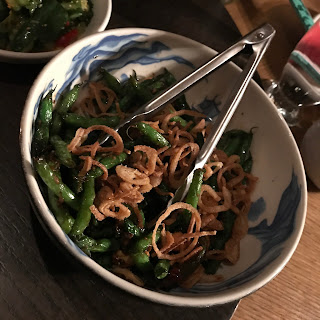 another one i just have to comment on. because i literally said to the table, "maybe we don't need just green beans." i was shut down by a fellow diner who had been before (hi, sp!) ... let me tell you. these may have been the star of the meal. how could they be so good, you ask? no idea. but they are.

i've got to say ... i'm pretty excited, because i'm actually going back to duck duck goat tomorrow night for a little birthday soirée ... no other veggies with me this time, so i'm guessing i won't get to eat quite as much food. but i've got two must haves. see y'all there?