per their website : "fig & olive embodies its origins from the south of france, italy & spain ... [&] captures the essence of the french riviera." getting excited! 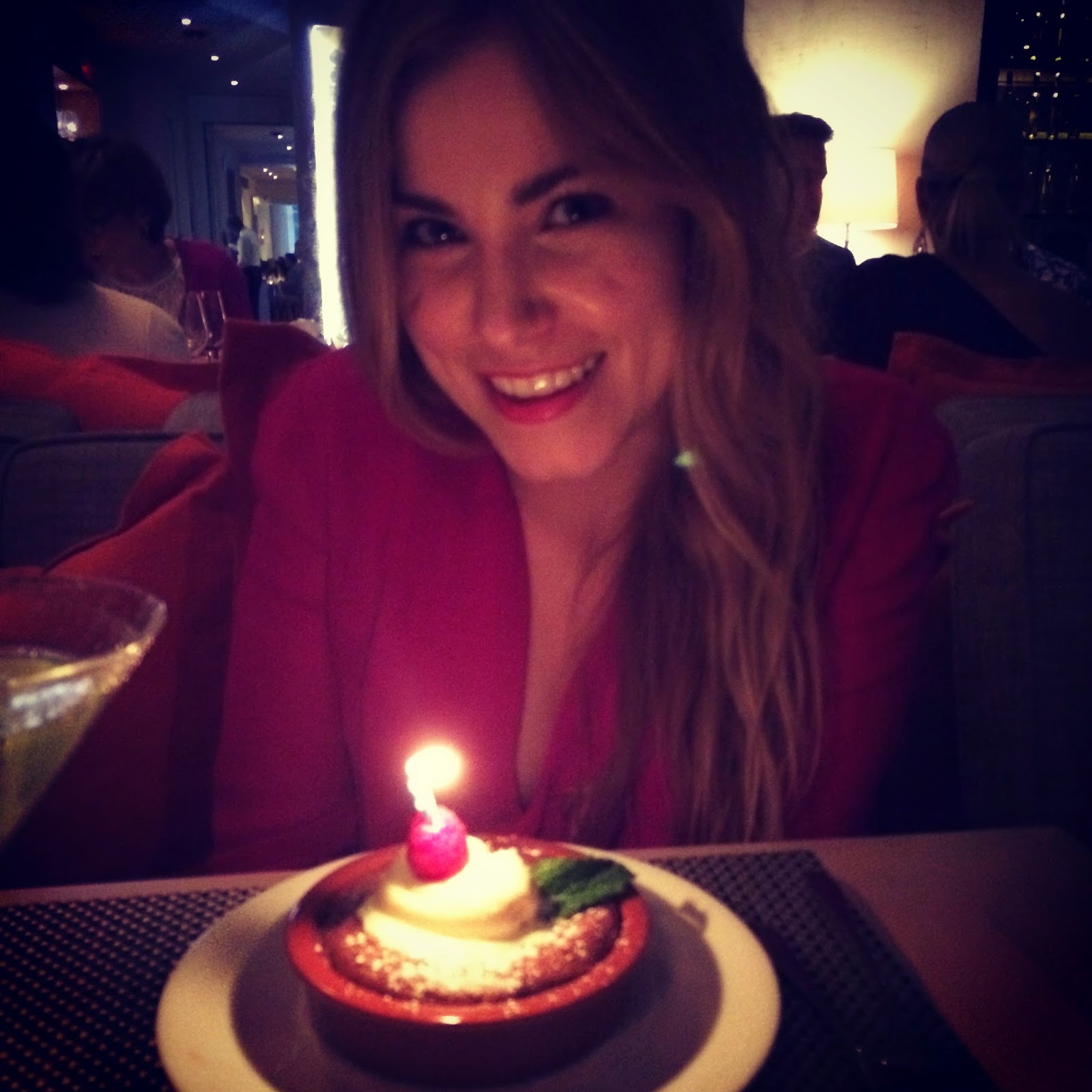 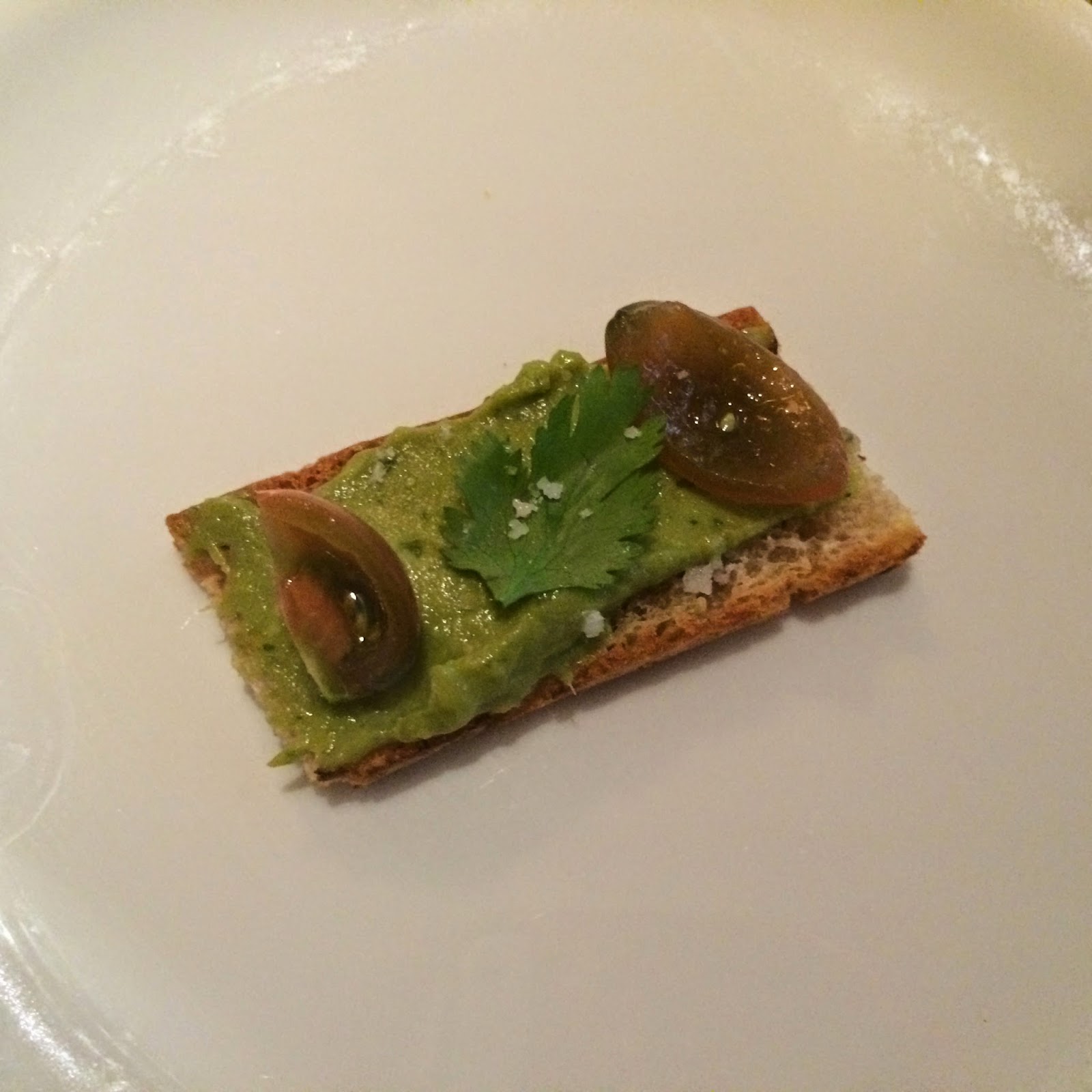 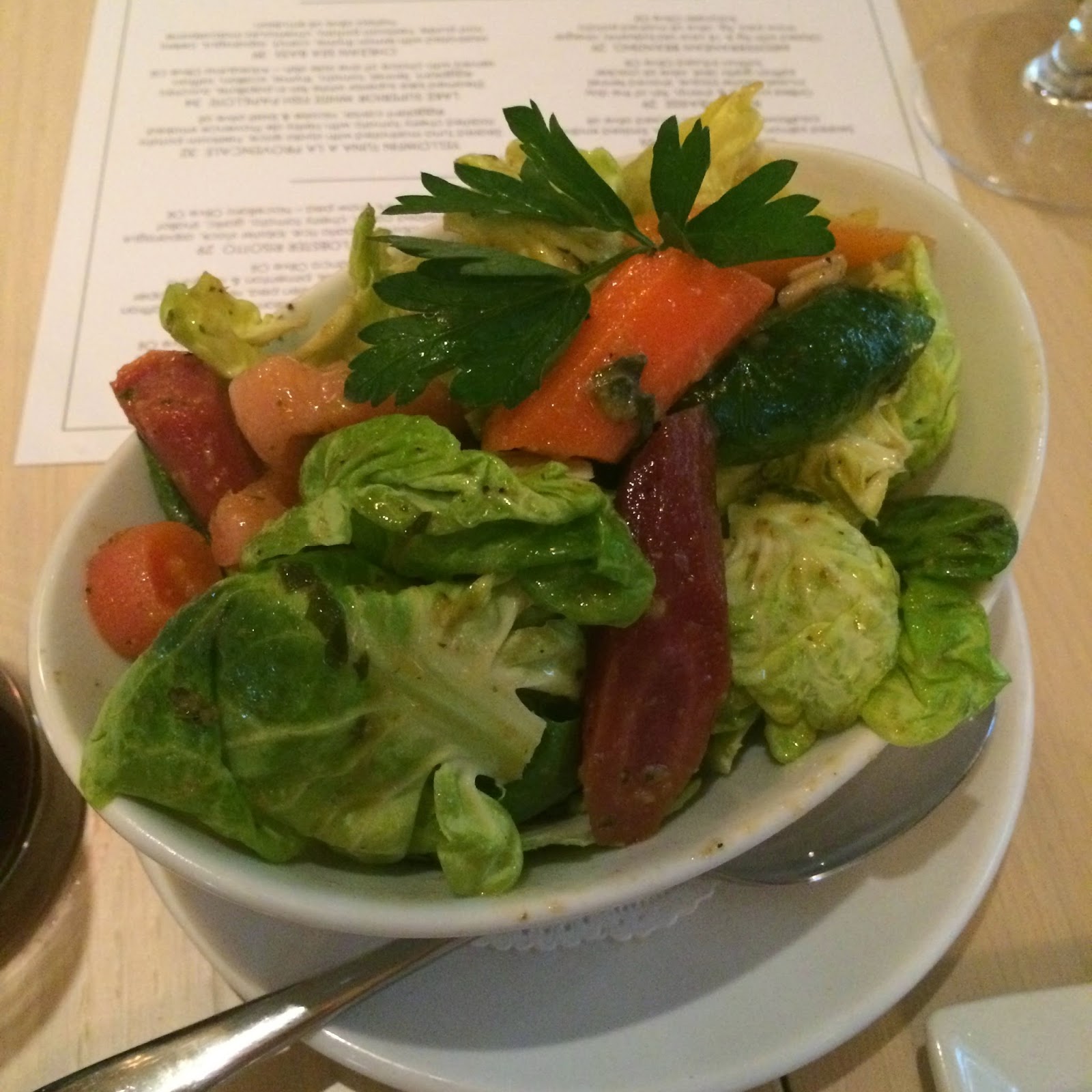 carrot confit in olive oil, cumin, orange juice, cilantro, spanish onion, charmoula, dry apricot & harissa.
this is food i like. i wish i could have ordered a big version of this for my meal. maybe next time? 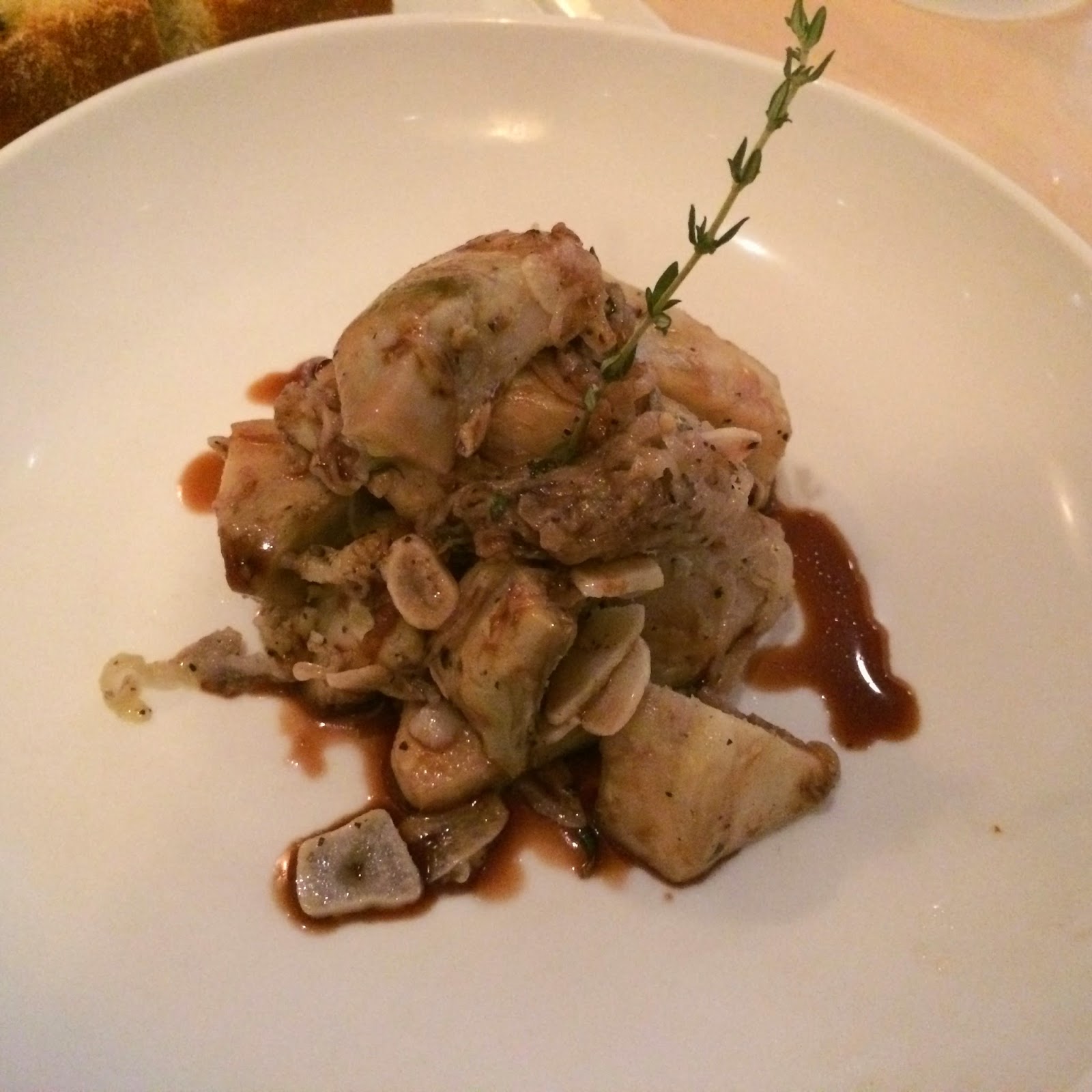 garlic & balsamic.
also good, but it confused me because it was cold. we were all expecting something hot. 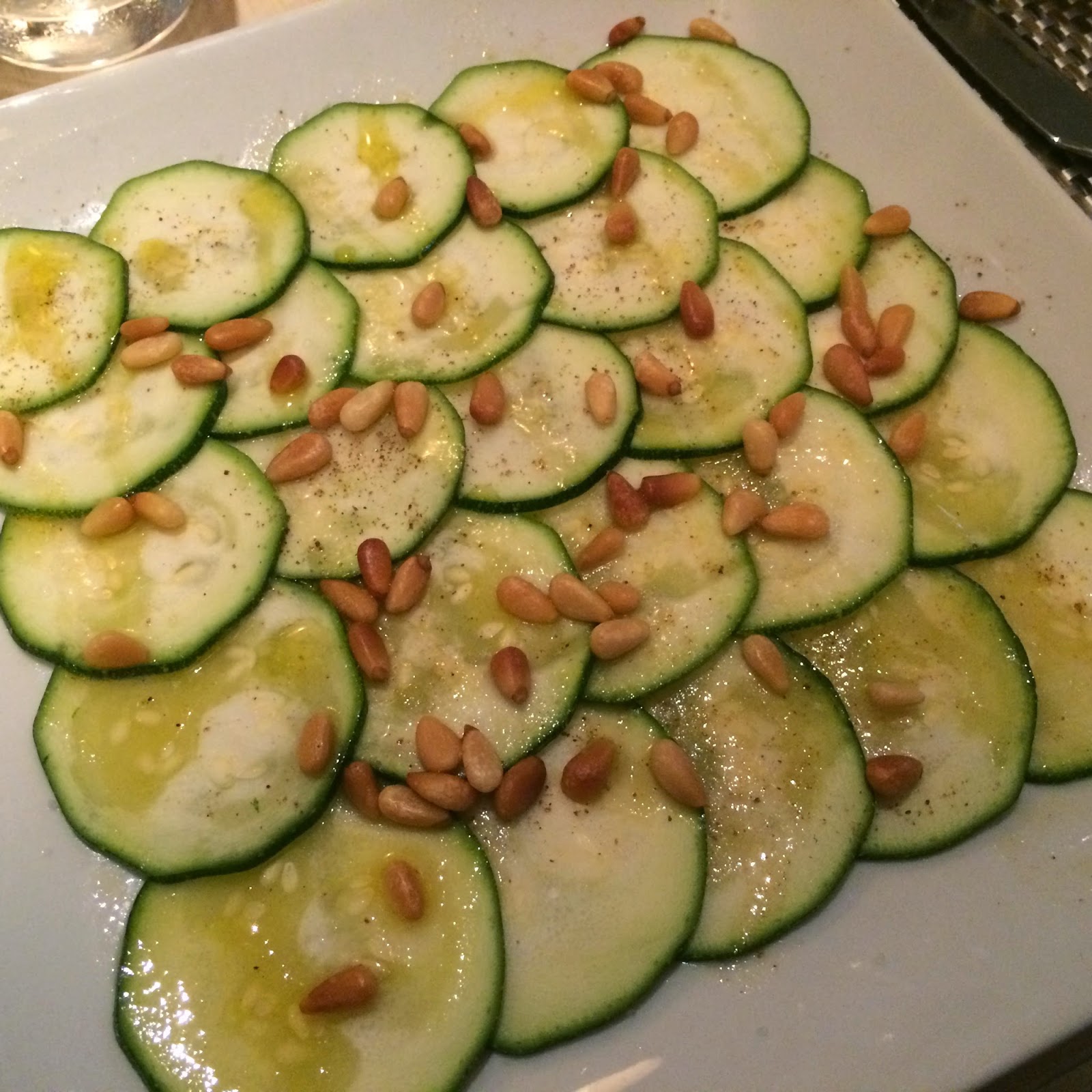 lemon, pine nuts & picholine olive oil.
not going to lie, this is one of the dumbest things i've ever eaten as a vegan. did it taste good? yes. did i need to spend $14 on sliced raw zucchini, olive oil & pine nuts? no. 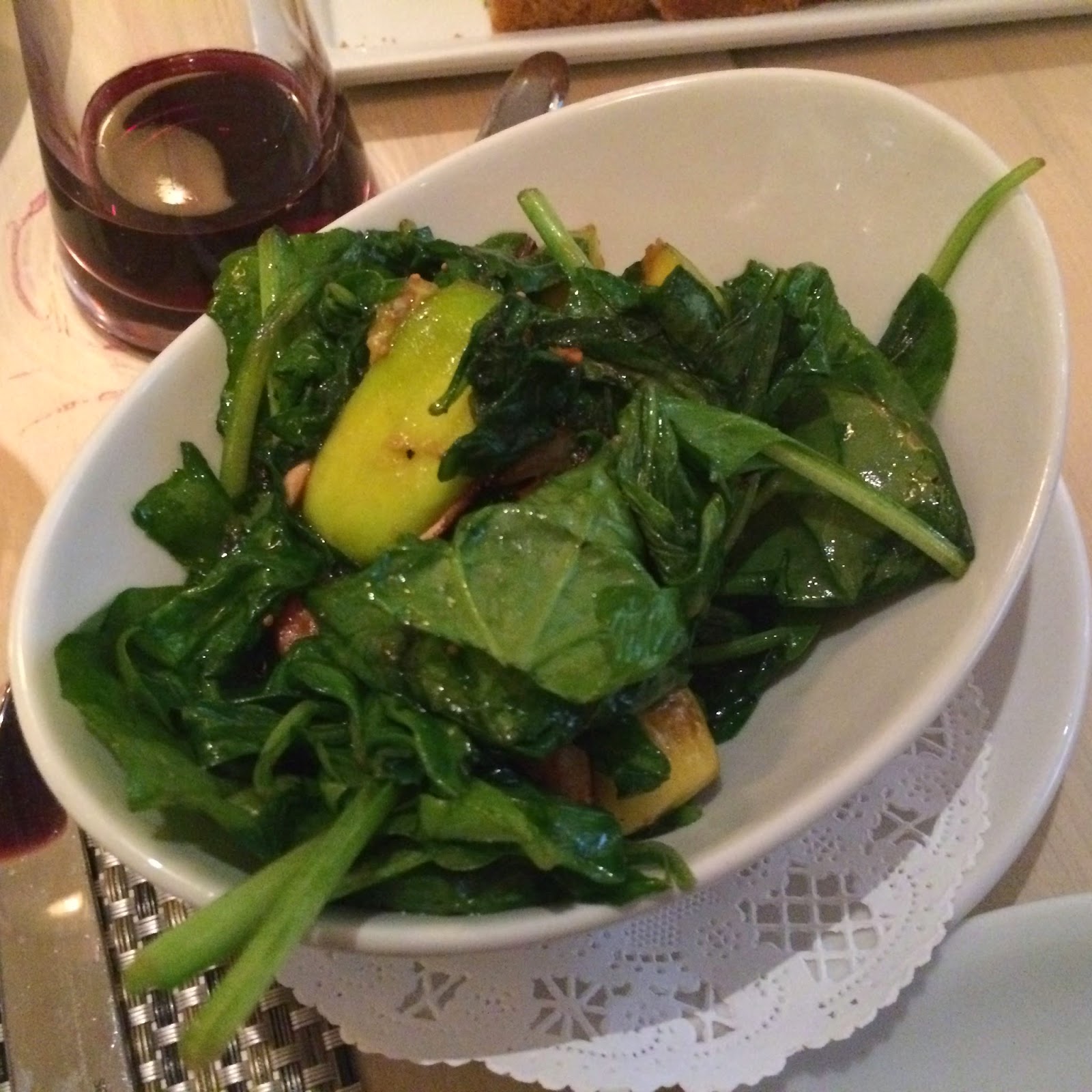 fig, garlic & marcona almond.
really delish, but also kind of just a side of spinach.


ok, two things i should note...
1. i couldn't decide what i wanted for dinner. maybe i did bad ordering, but i just wasn't obsessed with anything on the menu.
2. when i told our server i was vegan, she asked if that meant no fish. yes, it does mean no fish. she then said she would ask her manager what i could have. when she came back, so gave me two items, which were obvious. (something quinoa & the zuc carpaccio ... i had to ask about each of these other things i had.) she also said, & i quote... literally : "my manager wanted me to tell you that a new study just came out that says plants feel pain when you eat them."

guys, anyone who has read this blog before knows that i rarely don't like my food ... and that i rarely have these kind of weird conversations with people. maybe since this happened before i even ordered, i felt like it soured the meal a little bit. oh, well. there's always next time.