"a vegan cafe specializing in house-made seitan with american & middle eastern cuisine." upon reading that, you may be thinking to yourself, "how is it possible halley has not yet been to whatever fine establishment this is?"

well, that's because i'm an idiot, i guess. because kitchen 17 is the bomb.

finally, a couple weeks ago ... my favorite vegan, tnaya (hi, tnaya!), & i got around to going ... after planning for literally months on end. 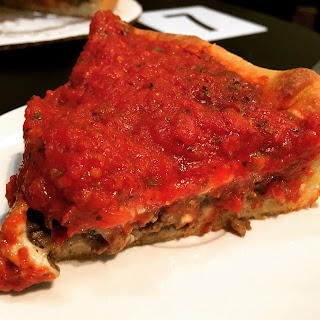 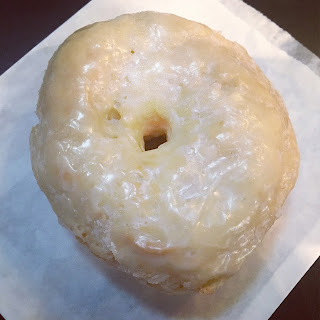 not the best donut i've had, but certainly not the worst. the issue may have been that i was overfilled on pizza & didn't have much room for this. oopsie.

it's usually at this point that i comment on whether or not i'd head back to said restaurant. in kitchen 17's case ... i've already been back. tnaya & i had dinner there last friday ... the star of the meal, you ask? the fast food burger ... basically a vegan big mac that i'm still thinking about. nom nom.